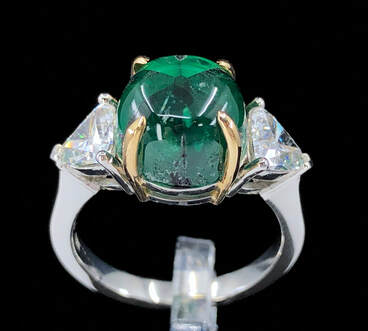 During the emerald crystal's formation, black carbon impurities enter the emerald, forming a six point pattern as they fill in the gaps between growth sectors of the hexagonal crystal structure.

The earliest mention of trapiche emeralds dates back to 1879, when French mineralogist Emile Bertrand described a trapiche emerald at the meeting of the Société Géologique de France.

​The majority of trapiche emeralds are found in Colombia, but they are also currently mined in Brazil and Madagascar.​