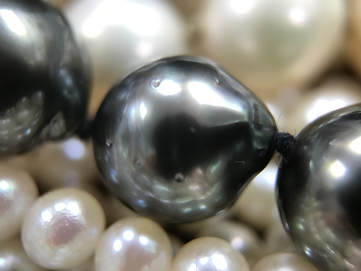 They are produced by the Pinctada margaritifera, better known as the black lip oyster.

Black lip oysters are cultivated around the French Polynesian islands, near Tahiti.