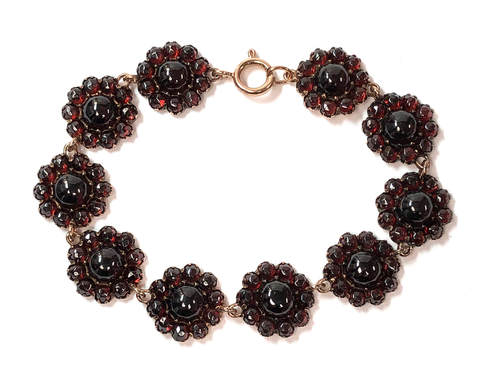 Pyrope's name is derived from the Greek word, pyropos, which translates to "fire eyed" or "fire like".
​
Garnets have been worn as jewelry for thousands of years!

The remains of many Egyptian Pharaohs were discovered, draped in beautiful garnet jewelry.

Pyrope deposits were found in Bohemia around 1500.

Pyrope jewelry reached the height of its popularity in the Late Victorian Era (late 1800s).

​Garnet is a January birthstone and is the 2nd wedding anniversary gemstone.
​
All photos courtesy of Scott Papper, GIA GG, AJP, CMA (NAJA)