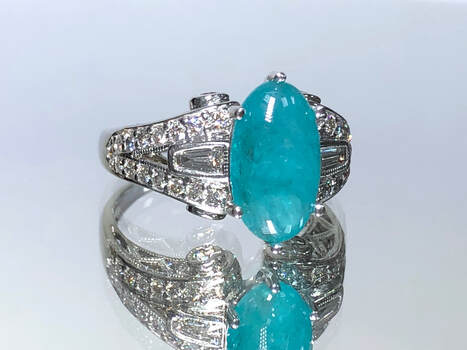 Since their original discovery, similarly colored tourmalines have been discovered in other locations in Brazil, as well as in other locations such as Nigeria and Mozambique.  Although they may not have been mined in Paraíba, they are still classified as Paraìba tourmaline as long as their color is caused by copper impurities.

Paraìba tourmalines can be inert or will fluoresce weak to moderate bluish white under longwave ultraviolet light.  If they fluoresce red under LW UV, they aren't considered Paraíba.