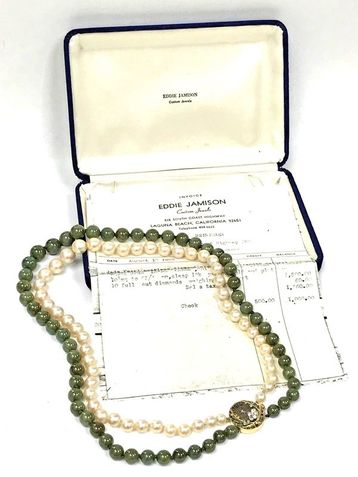 Nephrite's colors tend to be more muted than jadeite's, and are often mottled or streaked.​

​Jade has deep cultural roots in Chinese culture and is often carved into symbolic figures such as Buddhas or pierced discs.

Jade is tough, but not hard.  Jade is a relatively soft gem, making them great gems for carving.  However, jade is very tough (i.e. difficult to break) and was used as knives and axe heads.

Nephrite rings when struck.  Nephrite was used as wind chimes at the imperial court in China.​