When you hear the word "diamond", chances are you immediately think of today's sparkly, modern brilliant cut diamonds.  However, the art and science behind diamond cutting has come a long way since the first table-cut diamonds of the 1400s.

Scroll below for a timeline on the history of diamond cuts. 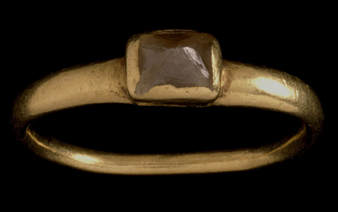 Diamonds have been cherished by man for thousands of years, having been considered sacred objects as far back as the Roman Empire, B.C.

Diamonds naturally form in octahedral-shaped crystals (2 pyramids connected at their base).  Although diamond cutting techniques hadn't been invented yet, the mere thought of cutting a diamond crystal was considered taboo.

These rough diamond crystals weren't cut, but rather crudely polished. 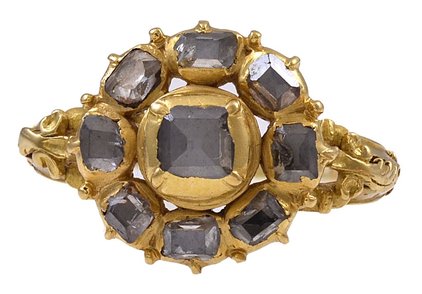 The first cut and polished diamonds date back to the 1200s.

​These table cut diamonds were very primitive, simply sawing one of the points off of the octahedral crystal, leaving a "table" that would be crudely polished. 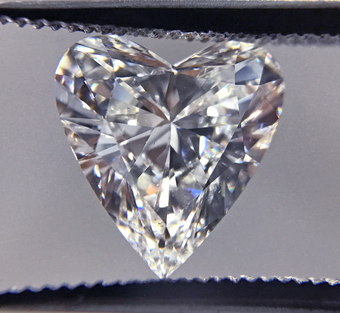 Heart shaped diamonds have been around prior to 1463, when they were referenced in private notes between the Duke of Milan, Galeazzo Maria Sforza, and her confidante, Nicodemo.

She wrote "He commands a Titus Livy just as you might a heart-shaped diamond", when speaking about the quests of the affluent Cosimo de Medici of Florence's political dynasty. This proves that heart shaped diamonds existed prior to the mid 1400s.

In 1562, one of the most famous heart shaped diamonds of all time was gifted to Queen Elizabeth by Mary Queen of Scots in the form of a ring

The heart shaped brilliant cut diamonds of today feature a total of 58 facets, much like other modern brilliant cutting styles. 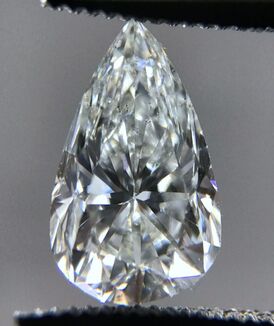 The invention of this polishing wheel would transform diamond cutting forever.  It allowed him to place asymmetrical facets onto diamond rough, creating fancy shaped diamonds. 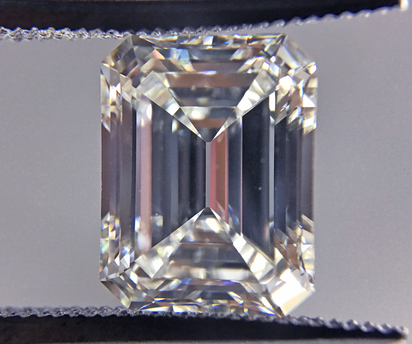 The emerald cut originated some time during the 1500s.  Lapidaries developed this cut specifically to prevent chips and breaks during the cutting of emeralds.

Emerald cuts are usually cut from a long, slender crystal that dictates their shape.  Like Asscher cuts, emerald cuts also have cut corners, but are usually rectangular shaped and have smaller steps.

The emerald cut is a very revealing cut, so clarity is important. 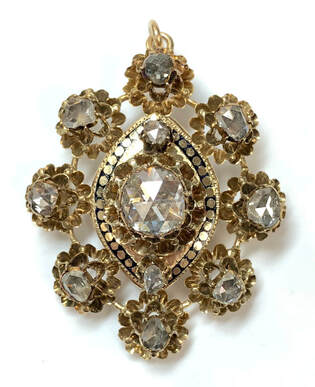 In the 16th century, faceting techniques were developed and the rose cut was invented.

Belgian and Dutch diamond cutters were cutting thinner pieces of rough into rose cuts:  a flat-bottomed stone with a domed top covered in diamond-shaped facets.

Rose cuts became even more popular throughout the 17th century.  Their shapes became bulkier and their domes became higher as their popularity grew.

The Old Mine Cut 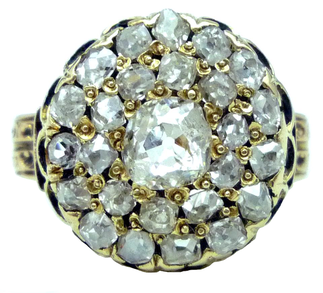 Old mine cut diamonds were commonly used in jewelry until the Victorian Era of the 19th century. 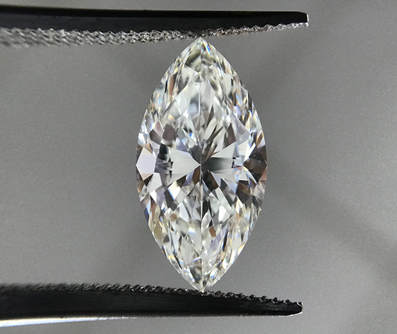 The marquise cut, or navette cut diamond was invented during the mid 1700s when King Louis XV of France commissioned his jeweler to cut a diamond in the shape of the mouth of his mistress, Madame de Pompadour.

Elongated, fancy-shaped diamonds such as the marquise brilliant cut can sometimes display an area of reduced brilliance at the center of the diamond, which resembles a bow tie.  Well-cut stones can hide this bow tie effect with excellent proportions, producing a more brilliant diamond. 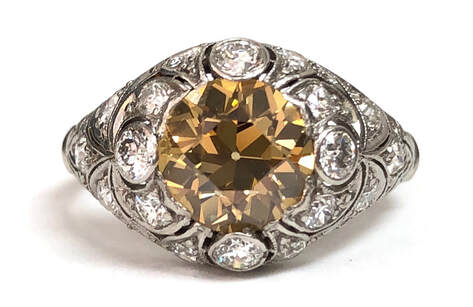 While old European cut diamonds can be traced back to the 1700s, they weren't frequently seen in jewelry until the Art Déco Era of the 1920s-'30s.

​The old European cut was an improvement of the lumpy old mine cut that preceded it, but was not quite as brilliant as modern round brilliant cuts that would later be developed.

Like old mine cuts, European cut diamonds have an open culet.  However, European cuts are round and don't share the same squarish shape as mine cuts. 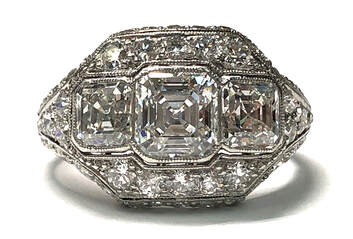 Joseph Asscher invented the Asscher cut in 1902, making it the first ever patented diamond cut.

Although the Asscher cut was developed in 1902, they weren't regularly seen in jewelry until the Art Déco Era of the 1920s-'30s.

Asscher cuts are octagonally-shaped step cuts, with large steps and a high crown.

The Modern Round Brilliant Cut 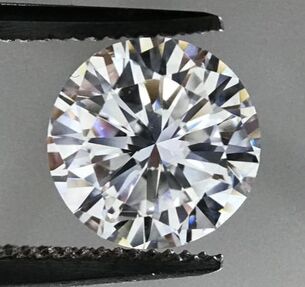 The "ideal" proportions for a round brilliant cut diamond were invented by Belgian mathematician, Marcel Tolkowsky in 1919.  Although the Standard Round Brilliant Cut was first developed in 1919, they weren't commonly used in jewelry until the 1940s.

The modern round brilliant cut has a total of 58 facets.

In the 1950s, the Gemological Institute of America (GIA) developed a "Cut Classes" system which later evolved into today's Diamond Cut Grading Scale for round diamonds, which ranges from Excellent to Poor. 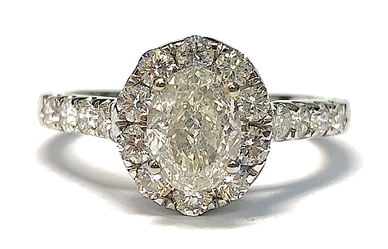 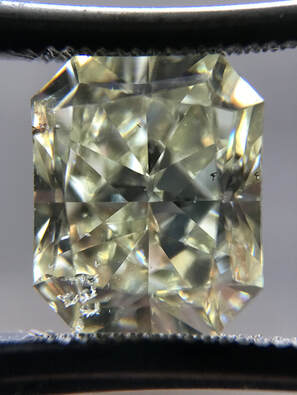 The radiant cut diamond was created by Henry Grossbard in 1977 by combining elements of the emerald cut and brilliant cut. 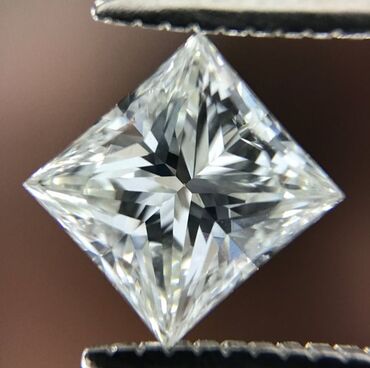 The princess cut diamond was developed by the Ambar Diamond Company of Los Angeles, California in 1980.