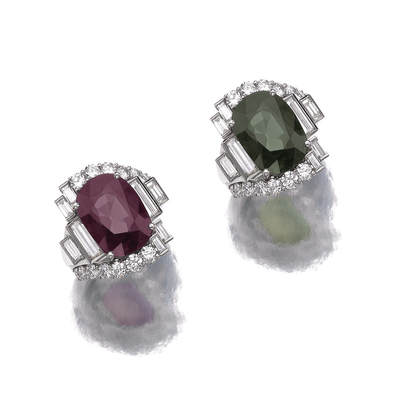 Photo courtesy of Sotheby's
Alexandrite is a variety of chrysoberyl that possesses a rare phenomena known as color change.

Alexandrite is often referred to as "emerald by day, ruby by night", as it appears greenish in daylight and red/purple in lamplight.

Natural alexandrite is very rare and can be quite expensive depending on size and quality.

​Alexandrite was originally discovered in Russia's Ural Mountains in the 1830s and was named after the Russian tsar, Alexander II.  Alexandrite is now found in Sri Lanka, East Africa and Brazil.

Alexandrite is a June birthstone and is the 55th wedding anniversary gemstone.
​ 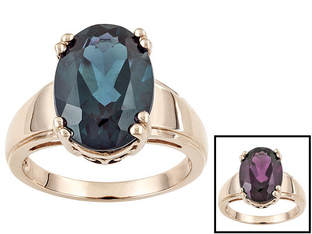 Photo courtesy of JTV
​Natural alexandrite in fine qualities is extremely rare and valuable.  For this reason, synthetic alexandrite can be a very desirable alternative as it's only a fraction of the cost of its natural counterpart.